Interdisciplinary Aspects of Our Multicultural Society 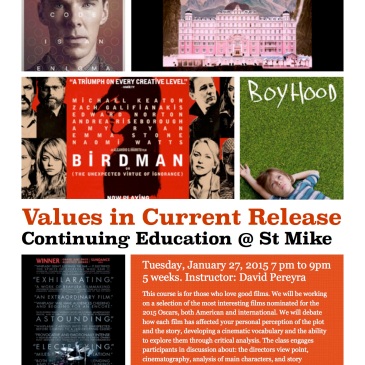 This course is for those who love good films. We work on a selection of the most interesting films nominated for the Oscars each year, both American and international. We debate how each film has affected your personal perception of the plot and the story, developing a cinematic vocabulary and the ability to explore them through critical analysis. The class engages participants in discussion about: the director’s view point, cinematography, analysis of main characters, and story development. Each week two films are presented  and participants are encouraged to previously watch the selected films in order to fully participate in class.